AFAN Alessandro Fantini will be featured with his new oil painting "Je ne sais quoi" dedicated to "Song to the siren" composed by Tim Buckley and Larry Beckett in 1968 and sung by Elizabeth Fraser 15 years later on the album "This Mortal Coil", in the upcoming group show titled "Painted Sound" to be held at the Flower Pepper Gallery in Old Pasadena, California (USA) from January to February 2013.
Keep an eye on this blog and on the group show's website where more news and insights about the event will be revealed in the next weeks:http://paintedsoundshow.jimdo.com/artists/ 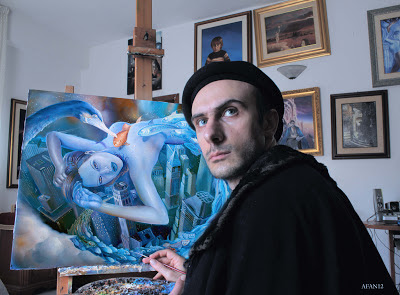