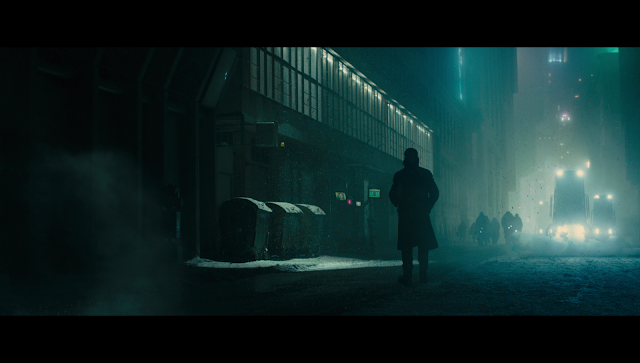 Since the first time I watched it on a tv channel in the mid nineties, I've used to pay a periodic visit to that rusty and gloomy Los Angeles set in the imaginary vintage future conceived by Ridley Scott, Jordan Cronenweth, Syd Mead and Philip K. Dick.

I got so accustomed to its hazy and cyber-gothic mood that I've often transposed and filtered it into my artworks, tales and movies, specially "EDOnism", filmed 6 years ago in some Tokyo locations dramatically reminiscent of Animoid Row, some of them enriched by a night snow that now seems to have replaced the rain in the upcoming installment. 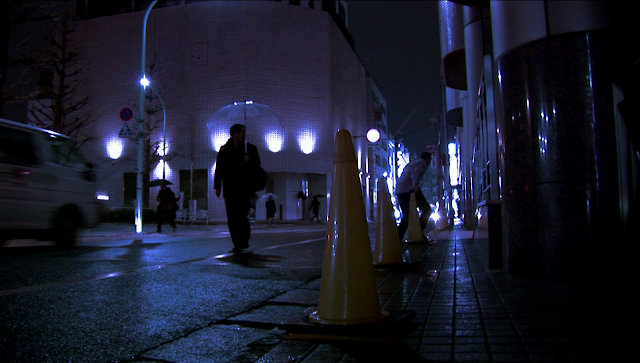 Up and down: stills from "EDOnism" directed by Alessandro Fantini and produced by Lorenzo Fantini in 2010. 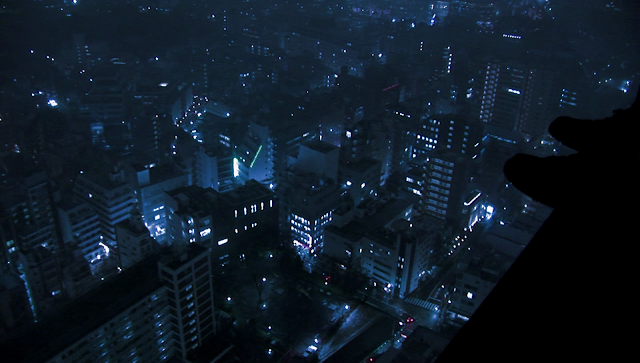 Honestly I never expected to see an "updated" version of "Blade Runner" 34 years after its (initially unsuccessful) release.  As many other admirers of that vision, I still consider it a contained (thin) story whose strenght relies mostly on its swarming congeries of visual details, plot holes and paranoid ambiguities that don't need to be clarified at all. Actually I find quite hard to define it a traditional movie, as I prefer to think about it as an emotive sandbox or a sparkling acquarium where I can see my irrational thoughts swimming like weird fishes of the deep (a proof of the spiritual poignancy of this metaphor, again, can be appreciated in the love sequence of "EDOnism").

Nevertheless, my first reaction to the teaser of 19th December was warily optimistic. Its unsettling and enigmatic tone was quite close to what I've imagined keeping in mind all the news and behind-the-scene info, concept art and photos released over the last 6 months. Highly commendable is the way the Canadian director Denis Villeneuve and famed DOP Roger Deakins have homaged the slow pace of the scene of Deckard exploring the Bradbury building and the orange stillness of the first "Tyrell sequence" of the '82 movie (even though I suspect this new scene isn't set on Earth, or probably is a "memory" inserted in someone's brain related to the "desert" mentioned during the VK test of Holden) as well as the music sounds like a fitting Trent Reznor's rearrangement of some elements excerpted from the original Vangelis sonic dome. Despite I hoped this wasn't  just a remix conceived for the trailer but a little taste of the overall style of the final soundtrack, a couple days later the composer Johann Johannsson (who already collaborated with Villeneuve for "Sicario", "Prisoners" and "Arrival") stated that none of that belongs to his new score in progress. 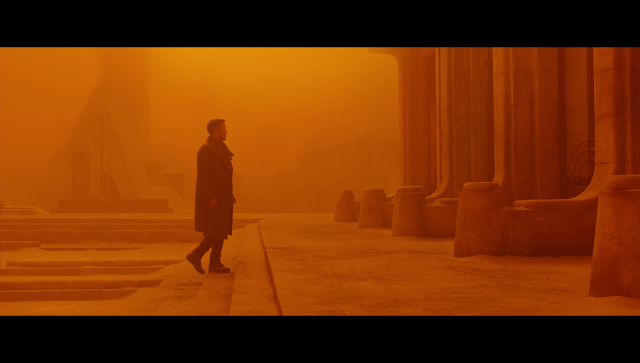 Ryan Gosling, aka "LAPD officer K", enters the deserted temple-casino that has become the new shelter of Deckard (and his four-legged companion).

Admittedly, so far the only element of the trailer that didn't really convinced me is the new scruffy and "Han Solo-esque" look of Deckard, but this appearence could find a "raison d'être" in the  more "low-profile" life style adopted by the retired replicant hunter. Even the new photos featured on the last Entertainment Weekly, clearly taken on set during the pauses between shooting (and probably not really representative of the final aesthetic), show a different, less grit and dark mood compared to the '82 movie.  It's all up to Villeneuve and who will decide the final cut to make sure this tonal shift will pay off on the big screen on the next 6th October, inheriting and enriching (not replicating) the poetic soul of the first masterwork. Otherwise, he knows its fate will be to get lost in time "like tears in snow".